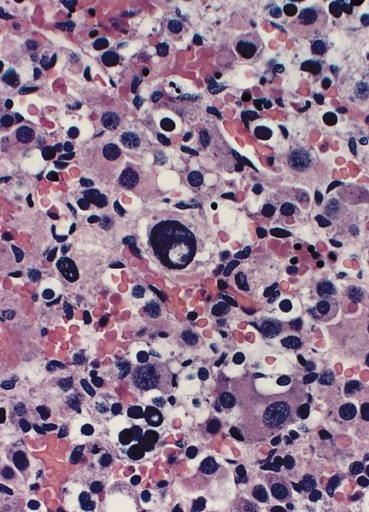 Patients tend to grow at an increased rate during the 2nd half of pregnancy and in the first few years of life; adult heights are typically in the normal range. Abnormal growth may also manifest as hemihyperplasia and/or macroglossia (leading to difficulties in feeding, speech and infrequently, sleep apnea). Hypoglycemia is reported in 30-50% of neonates. A recognizable facial gestalt is common and often normalizes by adulthood. In addition to macrosomia, macroglossia, hemihyperplasia and hypoglycemia, characteristic findings may include omphalocele/umbilical hernia/diastasis recti, embryonal tumor, anterior earlobe crease(s) and posterior helical pit(s), nevus flammeus or other vascular malformations, visceromegaly involving abdominal organs, fetal adrenocortical cytomegaly (pathognomonic), renal abnormalities, positive family history, and rarely cleft palate. Cardiac malformations are found in 9-34% of cases and about half of these have spontaneously-resolving cardiomegaly. Cardiomyopathy is rare. Patients are highly predisposed to embryonal malignancies primarily in the first 8 years of life with a risk estimate of 7.5% (range of 4 - 21%).

Generally, diagnosis is supported by the presence of at least three characteristic clinical findings, however embryonal tumor development may occur with 'milder' presentations. Positive molecular tests may confirm the diagnosis; however a negative result does not rule out BWS.

Prenatal testing by chorionic villus sampling or amniocentesis can be offered, especially if a cytogenetic or genomic abnormality has been identified; methylation alterations are more reliably detected via amniocentesis at present. Amniocentesis may also be indicated for BWS-associated findings detected on fetal ultrasound (e.g. fetal omphalocele). In the absence of a known molecular defect, screening can be undertaken by measurement of maternal serum alpha-fetoprotein and targeted ultrasound screening.

The disease occurs sporadically (85%), but familial transmission is reported (15%). Genetic counseling is recommended and recurrence risk estimation and cascade genetic testing should take into account family history and the molecular subgroup of the affected family member.

Management typically involves standard supportive medical and surgical strategies. Tumor surveillance should be initiated if BWS is suspected/diagnosed and in a clinically unaffected monozygotic twin of a patient, but should not be guided by genotype/phenotype correlations at this time. Screening for hypoglycemia should be undertaken in the neonatal period if there are suggestive or diagnostic prenatal findings, and even for clinically unaffected newborns at increased risk based on family history.

At the severe end of the spectrum, patients are at risk of early death due to complications arising from hypoglycemia, prematurity, cardiomyopathy, macroglossia, or tumors. In patients who survive childhood, prognosis is generally good.