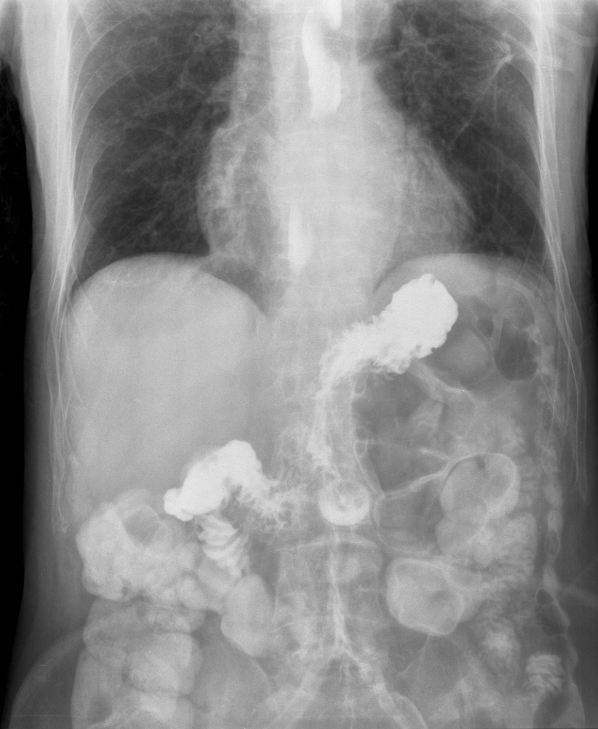 Gastroesophageal reflux (GER) is characterized by the retrograde movement of stomach contents into the esophagus. In its most severe form, GER results in extensive tissue damage caused by acid reflux. In adolescents and adults, and even infrequently in children, chronic GER is associated with the risk of developing Barrett metaplasia (614266), a premalignant lesion of the esophageal mucosa (Hu et al., 2000). In turn, Barrett metaplasia is correlated with the development of adenocarcinoma of the esophagus (see 614266), estimated as the fifth most prevalent neoplasia in the Western world (Lagergren et al., 1999).

To identify a genetic locus that cosegregates with a severe pediatric GER phenotype in families with multiple affected members, Hu et al. (2000) performed a genomewide scan using microsatellite markers spaced at an average interval of 8 cM. They studied affected and unaffected family members from 5 families having multiple affected members; in these families severe pediatric GER followed an autosomal dominant hereditary pattern with high penetrance. They mapped a locus for severe pediatric GER to a 13-cM region on chromosome 13q14 between microsatellite markers D13S171 and D13S263. A maximum multifamily 2-point lod score of 5.58 and a maximum multifamily multipoint lod score of 7.15 were obtained from D13S1253 at map position 35 cM when presumptively affected persons were modeled as unknown. A maximum multipoint score of 4.88 was obtained when presumptively affected persons were modeled as unaffected.