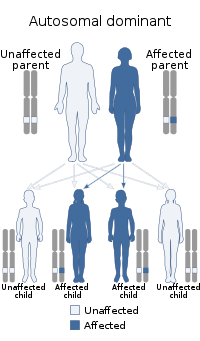 Sack–Barabas syndrome is an older name for the medical condition Ehlers-Danlos syndrome, vascular type. It affects the body's blood vessels and organs, making them prone to rupture.

Patients with Sack–Barabas syndrome have thin, fragile skin, especially in the chest and abdomen, that bruises easily; hands and feet may have an aged appearance. Skin is soft but not overly stretchy.

Facial features are often distinctive, including protruding eyes, a thin nose and lips, sunken cheeks, and a small chin.

Other signs of the disorder include hypermobility of joints, tearing of tendons and muscles, painfully swollen veins in the legs, lung collapse, and slow wound healing following injury or surgery.

Infants with the condition may be born with hip dislocations and clubfeet.

Unpredictable ruptures of arteries and organs are serious complications of SBS. Ruptured arteries can cause internal bleeding, stroke, or shock, the most common cause of death in patients with this disorder.

Rupture of the intestine is seen in 25 to 30 percent of affected individuals and tearing of the uterus during pregnancy affects 2 to 3 percent of women. Although these symptoms are rare in childhood, more than 80 percent of patients experience severe complications by the age of 40. Teenage boys are at high risk for arterial rupture, often being fatal.

Sack–Barabas is caused by mutations in the COL3A1 gene.

When the structure or production of type III collagen is altered by a mutation in the COL3A1 gene, collagen fibrils cannot be assembled properly in these tissues, and the symptoms of Ehlers-Danlos syndrome result.

The tests to verify Sack–Barabas syndrome are biochemical samples such as collagen typing (performed on a skin biopsy sample) or collagen gene mutation testing. There is no cure for Ehlers-Danlos syndrome, so individual problems and symptoms must be evaluated and cared for accordingly.

The key for managing Sack–Barabas syndrome is for the affected person to be aware of their disease. Close follow up and planning of interventions can significantly prolong and maintain the quality of life of a person with this disease.

Pregnant affected women must take special care due to the increased risk of premature death due to rupture of arteries, bowel or uterine rupture with a reported mortality rate of 50%.

Genetic counseling is recommended for prospective parents with a family history of Ehlers–Danlos syndrome. Affected parents should be aware of the type of Ehlers-Danlos syndrome they have and its mode of inheritance.

The initial clinical manifestation of vascular problems in patients with SBS is early, about 25% have their first symptoms at age 20 and more than 80% of patients have had at least one complication by the age of 40.

The median survival for one study of SBS patients was only 48 years.