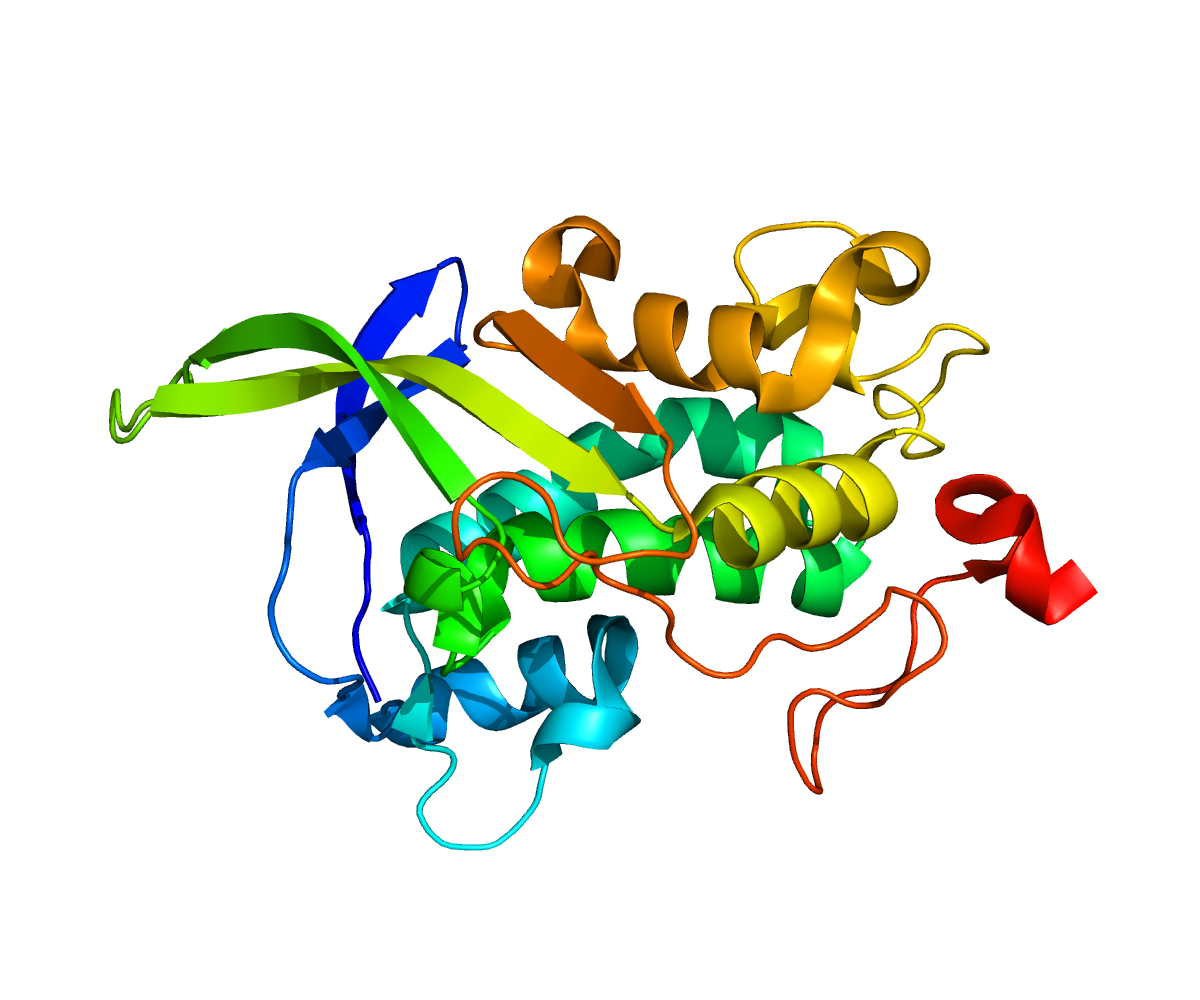 Niemann–Pick type C (NPC) is a lysosomal storage disease associated with mutations in NPC1 and NPC2 genes. Niemann–Pick type C affects an estimated 1:150,000 people. Approximately 50% of cases present before 10 years of age, but manifestations may first be recognized as late as the sixth decade.

Progressive neurological disease is the hallmark of Niemann–Pick type C disease, and is responsible for disability and premature death in all cases beyond early childhood. Classically, children with NPC may initially present with delays in reaching normal developmental milestones skills before manifesting cognitive decline (dementia).

In the terminal stages of Niemann–Pick type C disease, the patient is bedridden, with complete ophthalmoplegia, loss of volitional movement and severe dementia.

Type D Niemann–Pick has only been found in the French Canadian population of Yarmouth County, Nova Scotia, and is now known to be allelic with Niemann–Pick type C.

Genealogical research indicates that Joseph Muise (c. 1679–1729) and Marie Amirault (1684 – c. 1735) are common ancestors to all people with Type D. This couple is the most likely origin for the type D variant.

Niemann–Pick type C is biochemically, genetically and clinically distinct from Niemann–Pick Types A or and B. In Types A and B, there is complete or partial deficiency of the lysosomal enzyme called acid sphingomyelinase. In Niemann–Pick type C, the protein product of the major mutated gene NPC1 is not an enzyme but appears to function as a transporter in the endosomal-lysosomal system, which moves large water-insoluble molecules through the cell. The protein coded by the NPC2 gene more closely resembles an enzyme structurally but seems to act in cooperation with the NPC1 protein in transporting molecules in the cell. The disruption of this transport system results in the accumulation of cholesterol and glycolipids in lysosomes.

Cholesterol and glycolipids have varied roles in the cell. Cholesterol is a major component of cell plasma membranes, which define the cell as a whole and its organelles. It is also the basic building block of steroid hormones, including neurosteroids. In Niemann–Pick type C, large amounts of free or unesterified cholesterol accumulate in lysosomes, and leads to relative deficiency of this molecule in multiple membranes and for steroid synthesis. The accumulation of glycosphingolipids in the nervous system has been linked to structural changes, namely ectopic dendritogenesis and meganeurite formation, and has been targeted therapeutically.

Several theories have attempted to link the accumulation of cholesterol and glycolipids in the lysosomes with the malfunction of the NPC-1 protein.

Niemann–Pick type C is diagnosed by assaying cultured fibroblasts for cholesterol esterfication and staining for unesterified cholesterol with filipin. The fibroblasts are grown from a small skin biopsy taken from a patient with suspected NPC. The diagnosis can be confirmed by identifying mutations in the NPC1 or NPC2 genes in 80–90% of cases. This specialized testing is available at Thomas Jefferson University Lysosomal Disease Testing Lab and the Mayo Clinic.

There is no known cure for Niemann–Pick type C, nor is there any FDA-standard approved disease modifying treatment. Supportive care is essential and substantially improves the quality of life of people affected by NPC. The therapeutic team may include specialists in neurology, pulmonology, gastroenterology, psychiatrist, orthopedics, nutrition, physical therapy and occupational therapy. Standard medications used to treat symptoms can be used in NPC patients. As patients develop difficulty with swallowing, food may need to be softened or thickened, and eventually, parents will need to consider placement of a gastrostomy tube (g-tube, feeding tube).

In 2014 the European Medicines Agency (EMA) granted orphan drug designation to arimoclomol for the treatment of Niemann–Pick type C. This was followed in 2015 by the U.S. Food & Drug Administration (FDA). Dosing in a placebo-controlled phase II/III clinical trial to investigate treatment for Niemann–Pick type C (for patients with both type C1 and C2) using arimoclomol began in 2016. Arimoclomol, which is orally administered, induces the heat shock response in cells and is well tolerated in humans.

In April 2009, hydroxypropyl-beta-cyclodextrin (HPbCD) was approved under compassionate use by the U.S. Food and Drug Administration (FDA) to treat Addison and Cassidy Hempel, identical twin girls suffering from Niemann–Pick type C disease. Medi-ports, similar to ports used to administer chemotherapy drugs, were surgically placed into the twins' chest walls and allow doctors to directly infuse HPbCD into their bloodstreams. Treatment with cyclodextrin has been shown to delay clinical disease onset, reduced intraneuronal storage and secondary markers of neurodegeneration, and significantly increased lifespan in both the Niemann–Pick type C mice and feline models. This is the second time in the United States that cyclodextrin alone has been administered in an attempt treat a fatal pediatric disease. In 1987, HPbCD was used in a medical case involving a boy suffering from severe hypervitaminosis A.

On May 17, 2010, the FDA granted Hydroxypropyl-beta-cyclodextrin orphan drug status and designated HPbCD cyclodextrin as a potential treatment for Niemann–Pick type C disease. On July 14, 2010, Dr. Caroline Hastings of UCSF Benioff Children's Hospital Oakland filed additional applications with the FDA requesting approval to deliver HPbCD directly into the central nervous systems of the twins in an attempt to help HPbCD cross the blood–brain barrier. The request was approved by the FDA on September 23, 2010, and bi-monthly intrathecal injections of HPbCD into the spine were administered starting in October 2010.

On December 25, 2010, the FDA granted approval for HPbCD to be delivered via IV to an additional patient, Peyton Hadley, aged 13, under an IND through Rogue Regional Medical Center in Medford, Oregon. Soon after in March 2011, approval was sought for similar treatment of his sibling, Kayla, age 11, and infusions of HPbCD began shortly after. Both have since begun intrathecal treatments beginning in January 2012.

In April 2011, the National Institutes of Health (NIH), in collaboration with the Therapeutics for Rare and Neglected Diseases Program (TRND), announced they were developing a clinical trial utilizing cyclodextrin for Niemann–Pick type C patients.

On December 31, 2011, the FDA granted approval for IV HPbCD infusions for a fifth child in the United States, Chase DiGiovanni, under a compassionate use protocol. The child was 29 months old at the time of his first intravenous infusion, which was started in January 2012.

Due to unprecedented collaboration between individual physicians and parents of children afflicted with NPC, approximately 15 patients worldwide have received HPbCD cyclodextrin therapy under compassionate use treatment protocols. Treatment involves a combination of intravenous therapy (IV), intrathecal therapy (IT) and intracerebroventricular (ICV) cyclodextrin therapy.

On January 23, 2013, a formal clinical trial to evaluate HPβCD cyclodextrin therapy as a treatment for Niemann–Pick disease, type C was announced by scientists from the NIH's National Center for Advancing Translational Sciences (NCATS) and the Eunice Kennedy Shriver National Institute of Child Health and Human Development (NICHD).

Other treatments under investigation

One drug that has been tried is Miglustat. Miglustat is a glucosylceramide synthase inhibitor, which inhibits the synthesis of glycosphingolipids in cells. It has been shown to delay the onset of disease in the NPC mouse, and published data from a multi-center clinical trial of Miglustat in the United States and England and from case reports suggests that it may ameliorate the course of human NPC.

Several other treatment strategies are under investigation in cell culture and animal models of NPC. These include, cholesterol mobilization, neurosteroid (a special type of hormone that affects brain and other nerve cells) replacement using allopregnanolone, rab overexpression to bypass the trafficking block (Pagano lab) and Curcumin as an anti-inflammatory and calcium modulatory agent. The pregnane X receptor has been identified as a potential target.

Neural stem cells have also been investigated in an animal model, and clear evidence of life extension in the mouse model has been shown.

Low cholesterol diets are often used, but there is no evidence of efficacy.

The lifespan of patients with NPC is usually related to the age of onset. Children with antenatal or infantile onset usually succumb in the first few months or years of life, whereas adolescent and adult onset forms of Niemann–Pick type C have a more insidious onset and slower progression, and affected individuals may survive to the seventh decade. Adult cases of NPC are being recognized with increasing frequency. It is suspected that many patients affected by NPC are undiagnosed, owing to lack of awareness of the disease and the absence of readily available screening or diagnostic tests. For the same reasons the diagnosis is often delayed by many years.

Loss of myelin in the central nervous system is considered to be a main pathogenic factor. Research uses animal models carrying the underlying mutation for Niemann–Pick disease, e.g. a mutation in the NPC1 gene Niemann–Pick type C disease. In this model the expression of Myelin gene Regulatory Factor (MRF) has been shown to be significantly decreased. MRF is a transcription factor of critical importance in the development and maintenance of myelin sheaths. A perturbation of oligodendrocyte maturation and the myelination process might therefore be an underlying mechanism of the neurological deficits.

Recent neuroimaging studies have shown patients with Niemann–Pick, type C to have a corpus callosum with microstructural abnormalities. Clear reductions in corpus callosum mean thickness and surface area have been shown when compared to age-matched controls. Also, studies using diffusion tensor imaging have shown marked reductions in callosal fractional anisotropy, which suggests architectural abnormalities based on the directional flow of water. These conclusions suggest that the corpus callosum plays an important role in the disease and should be explored for use as a biomarker of disease progression.

Parents of children with NPC are being studied in an attempt to gain insight into the Ebola virus, which uses the protein encoded by NPC1 to enter cells. Researchers have found that mice with one normal copy of the NPC1 gene are more likely to survive Ebola infection than mice with normal two copies of the gene. Mice lacking any normal copy of NPC1 all survived. Studying cells from parents who are NPC disease carriers may allow for better understanding of how changes to the NPC1 gene affect Ebola risk.

Findings from Zhang et al suggest that NPC is a late endocytic trafficking disease resulted, at least in part, from disruption of communication within late endocytic (LE) compartments and possibly between LE and other subcellular organelles. Crosstalk between the late endocytic compartment and other orgranelles such as mitochondria, endoplasmic reticulum, plasma membrane, as well as early endocytic compartments has become one of the most interesting frontiers in neurondegenerative disease research including Alzheimer's disease, Parkinson's disease, as well as lysosomal storage disorders.